Sycamore began life at Newman House University Chaplaincy in central London. Since then it has grown into a resource that is being used throughout the world. 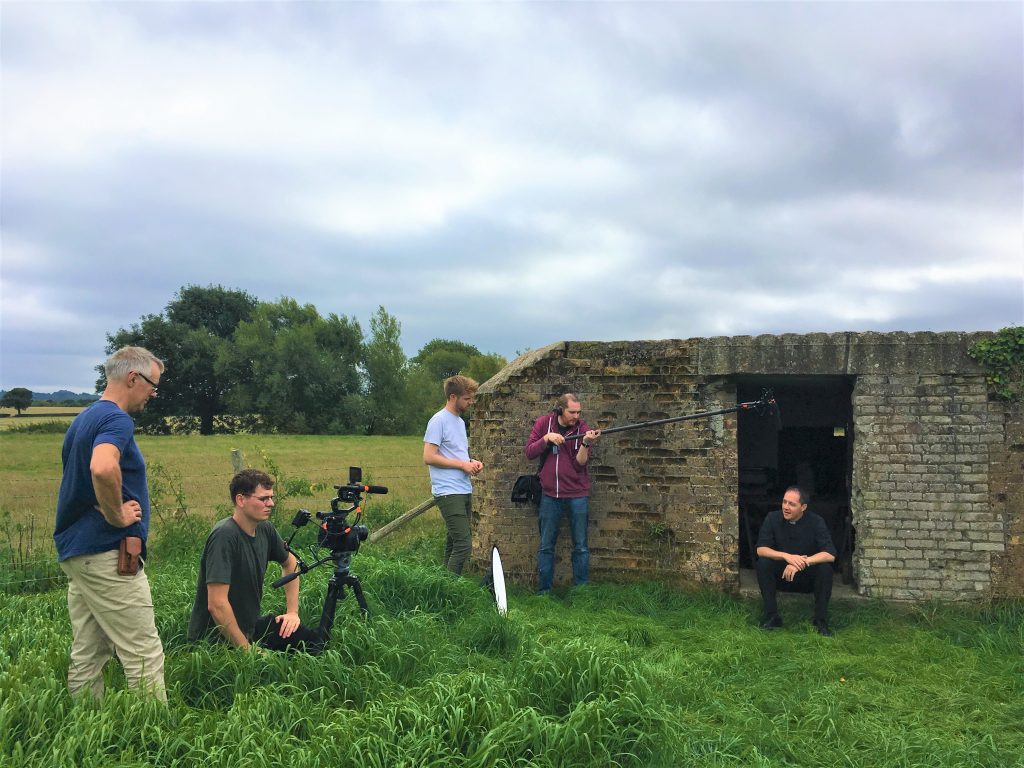 Newman House is a chaplaincy for university students in central London, run by the Diocese of Westminster. In 2014 a group of young people, led by Fr Stephen Wang, wanted to develop a programme that would make Christianity more accessible to their fellow students.

The goal was to provide an introduction to the Christian faith for those who knew little or nothing about it, and to create a welcoming atmosphere where people could relax and feel at home.

The Sycamore course was developed over the next year. A first set of films was produced on a budget and put online to share with others. The first strapline was “Sycamore: Thinking about Life and Faith”.

“This is great! Really needed and timely. Well done, excellent quality. In terms of culture alone, this is really good.  The fact that this is a British production is vital for the UK Church and the Church internationally” (Olivia Raw, Catholic Chaplain at SOAS University and School Counsellor).

Why the name “Sycamore”? In the bible, Jesus comes to the town of Jericho. A man called Zacchaeus is so curious about Jesus that he climbs a Sycamore tree to get a better view. When he finally meets him, they begin a conversation, and his life is changed forever. The Sycamore tree seemed to be the perfect image of something that helps others to get a wider perspective on life and faith.

It soon became clear that many others were interested in the resources, not only those in university chaplaincy. Sycamore was being used in parishes and schools across the UK and beyond. It seemed to resonate not just with young adults but with people of every age.

In 2018 the Sycamore team decided to re-write the course and re-make the films, this time with much higher production values, and taking into account all the experience and feedback that had been shared from groups across the world.

“We had a splendid evening. The level of engagement in the discussion was a joy to experience. We covered so much. The evening gave us all permission to share and a safe environment in which to do this. Thank you Sycamore for creating this marvellous resource” (Fr Paul, parish priest in Bradford).

We widened the team to include catechists, teachers, priests, parents, theologians and people with expertise in media and communications. We set up a UK charity (CIO Number 1182843). We developed a new logo and a new strapline: “Sycamore: What do you believe?” And we discovered an amazing film production company called Higham & Co.

After some significant fundraising, the website and first set of ten films were developed from summer 2018 to summer 2019. They were then launched in June 2019. Another ten sessions were launched in May 2020. In May 2020 we moved from a paid subscription model to a free “open access” model, out of a desire to share the resources as widely as possible.

“It is brilliant that you are working up something like this. In terms of ‘tracking the Spirit’, this seems to be a Kairos moment. Catholic teachers of every stripe are trying to make the faith accessible. God is surely in all this and will surely bless it. I also like the Sycamore metaphor and image: ‘I am so small and the crowd so big’. That should be on the sides of London buses once you get going!” (Prof Anthony Towey, Director of the Aquinas Centre, St Mary’s University)

Sycamore owes a huge debt of gratitude to the many Christian programmes and resources that have inspired us and from which we have learnt so much. These include:

We also owe an even bigger debt of gratitude to the many groups and individuals who have helped fund the 2019 re-launch of the Sycamore programme, including: